Our tradition of offering a safer space for women goes back 42 years. It’s a simple thing – but it has changed the community in Whitehorse. From the simple offering of coffee and tea, comes discussion, action and change…

The movement to create a women-only space in Whitehorse originated with the Yukon Status of Women Council in 1974. Back then, the women-only space wasn’t much more than a room, a coffee machine, and a hot plate. Then, much like today, the Women’s Centre was a safe space for women and their children, as well as a place to seek out resources, information and referrals to what may be available to them in the community. The Centre worked on a philosophy of women helping women, recognizing the strength, resilience, and expertise all women possess, and providing the space and support for women to create their own solutions. On January 31st, 1975, the Women’s Centre officially opened the doors in the former YWCA building with a new name: “Victoria Faulkner Women`s Centre”, in order to recognize the incredibly powerful and knowledgeable Yukon woman Victoria Faulkner. Faulkner herself cut the ribbon in our first official Open House. In 1976, we also became incorporated as our own organization, with an independent board of directors, or Collective.

Issues facing women in the 1970s were similar to today. 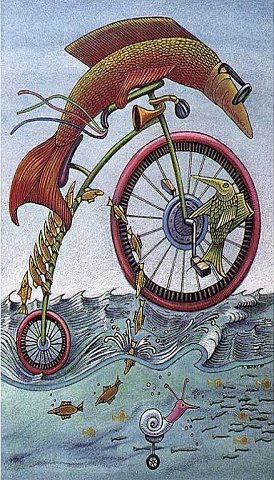 Like today, then we were fighting for child care, equal pay for equal work, access to health care, and mobility. However, there were other barriers women today have overcome. For example, women in Whitehorse at this time were often required to have their husbands’ signatures on bank loans – many did not have their own bank account if they were married. This posed incredible dilemmas and challenges to women who may have been single parents or seeking to get a divorce. Support groups offered at the Women’s Centre in the 1970s and 1980s offered the chance for women to learn from each other, mobilize their resources, support one another and offer guidance. These groups build strong communities – and begin with a cup of coffee. Today, we continue to work on a wide variety of issues facing women, including gender-based violence, systemic racism and discrimination, mental health, housing, poverty, and food security.

The Centre responded to women’s needs and developed innovative programming.

Much like today, the Centre in the early days developed programs, services, and events based on needs and strengths of women. Some of these include: - Support groups: divorced women, mature women, women with addiction, and “women on their own” - Training and workshops: fitness classes, yoga, First Aid, job interview skills, resume writing, just to name a few. In 1982 all programs were open to men except the “Assertion training” - Health type workshops: premenstrual syndrome, self-help workshop on vaginal/cervical health - Weekend Retreats for women in Atlin, Haines Junction, and Chadburn lake - Conferences on a variety of topics including Women and Work (1979), Our Well-being (1980), Women’s Survival for the 80s (1982)

Throughout the 70s and 80s, struggling with financial and organizational instability, VFWC relocated to no less than 10 different locations. The staff and volunteers knew a permanent home was needed. In 1997, thanks to the support of the Yukon Status of Women Council, Yukon Housing, and the Women’s Directorate, we purchased our current home at 503 Hanson St, where we remain today. Since 1997, we have expanded our programming, staff, and services in order to be responsive to the needs of Yukon women.

Who is Victoria Faulkner?

Victoria Faulkner was a trailblazer, a leader, and a strong woman. She came to the Yukon in 1901 when she was four years old, with her mother, living on the gold creeks with her father until 1913. Her family moved to Dawson City where she went to school. She became secretary to the Gold Commissioner (which later merged with the position of Yukon Commission) and remained in this position through the terms of nine commissioners. She moved to Whitehorse in 1953 when the capital was moved there. Ms. Faulkner enjoyed fishing, volunteering, and was an active member of her community. She was a president of the Business and Professional Women’s Association and was instrumental in setting up the first tourist information office. She was active in the Golden Age drop-in centre, the MacBride Museum Society, and many other community organizations. The centre was named after Victoria Faulkner to honour her strength, leadership, and commitment to the community.